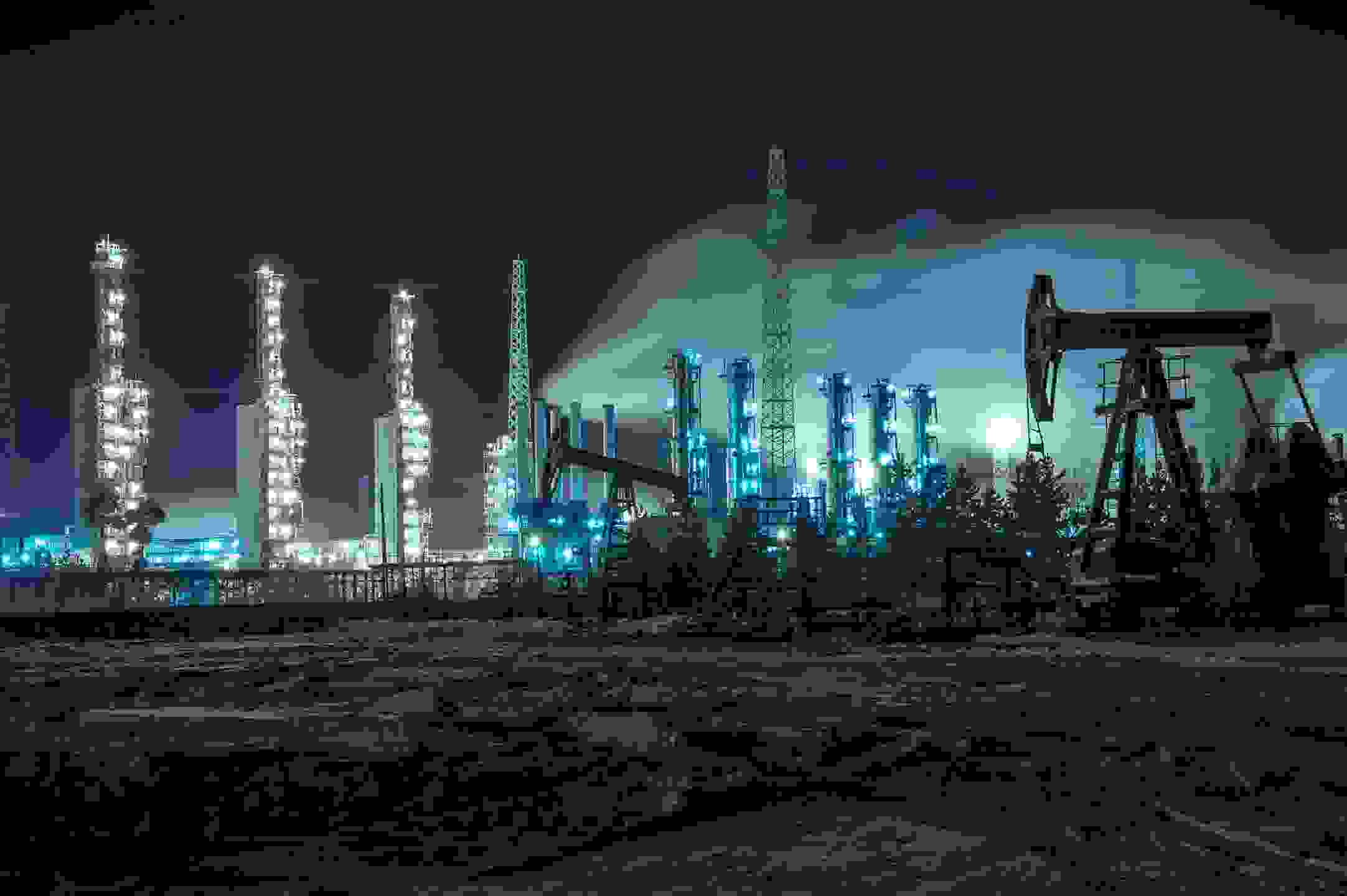 Read The Sample SCO for Terms and Transaction Procedure for

What is Crude Oil and what are the available types

Crude oil is a naturally occurring, unrefined petroleum product composed of hydrocarbon deposits and other organic materials. A type of fossil fuel, crude oil can be refined to produce usable products such as gasoline, diesel and various forms of petrochemicals. It is a nonrenewable resource, which means that it can't be replaced naturally

Crude oil is typically obtained through drilling, where it is usually found alongside other resources, such as natural gas (which is lighter, and therefore sits above the crude oil) and saline water (which is denser, and sinks below). It is then refined and processed into a variety of forms, such as gasoline, kerosene and asphalt, and sold to consumers.

Although it is often called "black gold," crude oil has ranging viscosity and can vary in color from black and yellow depending on its hydrocarbon composition. Distillation, the process by which oil is heated and separated in different components, is the the first stage in refining.

The Different Types of Oil

This type of oil contains low amounts of sulfur and density. Its sulfur content is only 0.24% and its gravity is 39.6 degrees. The West Texas Intermediate is considered to be both sweet and light crude oil. The refining of this oil is usually done in Gulf regions as well as the United States because it is conveniently situated to oil reserves.

The term Brent Blend is obtained from the geographical location where this type of oil is extracted from. Brent Blend is termed as sweet oil having 0.37% sulfur and 38.06 degrees in gravity. Brent Blend oil is typically used for making petroleum and gasoline for vehicles.

As the name puts it, the Dubai Crude oil comes from Dubai – a massive oil producing country in the world. The Dubai crude has a light density, having 31 degrees gravity and a sulfur content of only 2%.

This type of oil has been the standard for Russian crude oil. This is also a perfect example of sour oil because of its high amount of sulfur. Russian expert blend oil is heavily exported to Italy and Netherlands.

Bonny Light oil is a high grade of Nigerian crude oil with high API gravity (low specific gravity), produced in the Niger Delta basin and named after the prolific region around the city of Bonny

CRUDE OILS ARE NOT CREATED EQUAL

The petroleum industry often names crude based on the oil's geographical source -- for example “West Texas Intermediate.” Crude oil is also classified based on physical characteristics and chemical composition, using terms such as “sweet” or “sour,” “light” or “heavy.” Crude oil varies in price, usefulness, and environmental impact.

What Is “Sweet” Crude Oil

What Makes a Crude Oil “Light?”

Crude can be classified as “light” or “heavy,” a characteristic which refers to the oil’s relative density based on the American Petroleum Institute (API) Gravity. Th?is measurement reflects how light or heavy a crude oil is compared to water. If an oil’s API Gravity is greater than 10, it is lighter than water and will float on it. If an oil’s API Gravity is less than 10, it is heavier than water and will sink.

Lighter crude is easier and less expensive to produce. It has a higher percentage of light hydrocarbons that can be recovered with simple distillation at a refinery.

Heavy crude can’t be produced, transported, and refined by conventional methods because it has high concentrations of sulfur and several metals, particularly nickel and vanadium. Heavy crude has density approaching or even exceeding that of water. Heavy crude oil is also known as “tar sands” because of its high bitumen content.

Generally, the less processing or refining a crude oil undergoes, the more valuable it is considered. Price differentials between crude oils typically reflect the ease of refining.

Crude oil can be refined to create products ranging from asphalt and gasoline to lighter fluids and natural gas, along with a variety of essential elements such as sulfur and nitrogen. Petroleum products are also key components in the manufacturing of medicines, chemicals, and plastics.

Simple distillation -- first-level refinement -- of different crude oils produces different results. For example, the U.S. benchmark crude oil, West Texas Intermediate (WTI), has a relatively high natural yield of desirable end-products, including gasoline. But the process also yields about one third “residuum,” a residual by-product that must be reprocessed or sold at a discount. In contrast, simple distillation of Saudi Arabia's Arabian Light, the historical benchmark crude, yields almost half "residuum." This difference gives WTI a higher premium.

At the highest distillation temperatures -- over 1,000 degrees Fahrenheit – the heaviest products are produced, including residuum or residual fuel oil, which can be used for lubricants. To maximize output of more desirable products, refineries commonly reprocess the heaviest products into lighter products.

Are Some Crude Oils More Toxic Than Others?

“Toxicity” refers to how harmful an oil might be to humans and other living organisms, as well as to land and water. Generally, the lighter the oil, the more toxic it is considered. Because of the constant potential of spills, the Environmental Protection Agency has classified crude oil in four categories that reflect how the oil would behave in spills and its aftermath:

Class A: Because they are light and highly liquid, these clear and volatile oils can spread quickly on impervious surfaces and on water. Their odor is strong, and they evaporate quickly, emitting volatiles. Usually flammable, these oils also penetrate porous surfaces, such as dirt and sand, and may remain in areas into which they seep. Humans, fish, and other plant and animal life face the danger of toxicity to Class A oils.

Class B: Considered less toxic than Class A, these oils are generally non-sticky but feel waxy or oily. The warmer they get, the more likely Class B oils soak into surfaces; they can be hard to remove. When volatile components of Class B oils evaporate, the result can be a Class C or D residue. Class B includes medium to heavy oils.

Class C: These heavy, tarry oils, which include residual fuel oils and medium to heavy crudes, are slow to seep into porous solids and are not highly toxic. However, Class C oils are difficult to flush away and can sink in water and can smother or drown wildlife.

Class D: Non-fluid, thick oils are comparatively non-toxic and don’t seep into porous surfaces. Mostly black or dark brown, Class D oils tend to dissolve and cover surfaces when they get hot, which makes them hard to clean up. Heavy crude oils, such as the bitumen found in tar sands, fall into this class.

What drives Trading in Crude Prices Futures and Options

Retail’s influence rises when crude oil trends sharply, attracting capital from small players who are drawn into these markets by front-page headlines.

Crude oil trades through two primary markets, Western Intermediate and Brent. WTI originates in the U.S. Permian Basin and other local sources while Brent comes from more than a dozen fields in the North Atlantic. These varieties contain different sulfur content and API gravity, with lower WTI levels commonly called light sweet crude oil.  Brent has become a better indicator of worldwide pricing in recent years, although WTI in 2017 was more heavily traded in the world futures markets

Pricing between these grades stayed within a narrow band for years, but that came to an end in 2010 when the two markets diverged sharply due to a rapidly changing supply versus demand environment. The rise of U.S. oil production, driven by shale and fracking technology, increased WTI output at the same time Brent drilling underwent a rapid decrease.

U.S. law dating back to the Arab oil embargo in the 1970s has aggravated this division, prohibiting local oil companies from selling their inventory in overseas markets. Those laws are likely to change in coming years, perhaps narrowing the spread between WTI and Brent, but other supply factors could intervene and keep the divergence in place.

WTI crude oil rose after World War II, peaking in the upper $20s and entering a narrow band until the embargo in the 1970s triggered a parabolic rally to $120. It peaked late in the decade and began a tortuous decline, dropping into the teens ahead of the new millennium. Crude oil entered a new and powerful uptrend in 1999, rising to an all-time high at $157.73 in June 2008. It then dropped into a massive trading range between that level and the upper $20s, settling around $55 at the end of 2017.

The NYMEX WTI Light Sweet Crude Oil futures contract (CL) trades in excess of 10 million contracts per month, offering superb liquidity. However, it has a relatively high risk due to the 1,000 barrel contract unit and .01 per barrel minimum price fluctuation. There are dozens of other energy-based products offered through NYMEX, with the vast majority attracting professional speculators but few private traders or investors.

SOME INTERESTING FACTS ABOUT CRUDE OIL